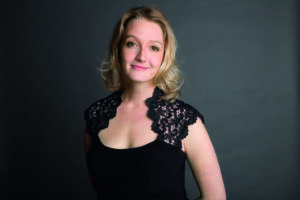 As a chamber musician, she has been heard in over 25 countries throughout North & South America, UK, Europe, Asia and Australia, and enjoys frequent performances with musicians from leading orchestras in the US, including the Boston Symphony Orchestra. She collaborates frequently with singers from the Metropolitan Opera, Deutsche Oper Berlin, and several leading opera houses around the world, and has been the official pianist for the Metropolitan Opera Auditions. With her ‘duo au courant’ partner, mezzo-soprano Stephanie Weiss, she tours regularly, presenting Art Song with a focus on issues of immigration, social justice and peace.